Another recipe from Vierka’s rural kitchen is for traditional savoury cakes called Škvarkové pagáče, which would loosely translate as ‘Pork Cracklings Cakes’.

The vital ingredient for Škvarkové pagáče is škvarky (pronounced as shkvarki in English). They are similar to pork cracklings except that shkvarki are made by melting and roasting fatty bacon WITHOUT its rind on. It does change the taste and texture of the final product, so depending on the cut and quality of the bacon, our shkvarki might look like this:

We have different kinds of pagáče (pronounced as pagatche), but what they all have in common is folded yeast-leavened dough. Follow the instructions below if you want to give it a try.

The recipe yielded two baking trays of scrumptuous Pagatche cakes. They are best served warm, but we also like to pair them with chilled wine.

In between baking, my friend Vierka was cooking a Saturday lunch of Rabbit Soup with a Garlic Roux and Beef Stew with Garden Peas. Have a look if you’re seeking still more inspiration. 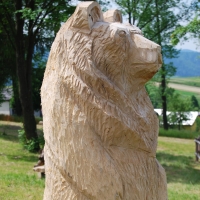 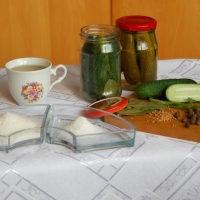