Summer is an ideal time for getting together out in the open. Here in Slovakia, a small landlocked country in the middle of Europe, summer peaks in July and August with temperatures most likely to be between 26 – 30ºC. We’ve had extremely hot and dry summers in the last couple of years when the mercury climbed to 38ºC in some places, but that didn’t deter us from celebrating and socializing outdoors.

Virtually every town or village in Slovakia now has a summer celebration of some sorts. The most prominent today are those that started back in the 1950s and 1960s as traditional folk festivals. Myjava International Folk Festival  (Medzinárodný folklórny festival Myjava) in mid-June, Východná Folk Festival (Folklórny festival Východná) on the first weekend in July, and Detva Folk Festival (Folklórne slávnosti Detva) the following weekend, attract large crowds from around Slovakia and abroad. Their popularity is growing together with our reawakened passion for cultural heritage, and curiosity of tourists looking for new holiday destinations.

The season of folk festivals continues until end of August with smaller though not less colourful events like Jánošíkove dni in Terchová village – the bithplace of our national hero Jánošík, Hontianska paráda in the village of Hrušov, and Podroháčske folklórne slávnosti in Zuberec village. They all showcase traditional Slovak songs and dances, beautifully embroidered folk costumes, as well as the wealth of historical arts & crafts.

A lacemaker from Myjava region

Folk festivals are not only a place to learn about our culture and history, but also to explore traditional food and drinks. The Slovaks themselves are often taken aback by the variety of long-forgotten wholesome dishes they discover at these festivals.

Once you’re there, don’t forget to taste some of our baked pastries and desserts.

Of course, you have to drink on a hot summer day, so let yourself be spoiled by the choice of our soft drinks, beers and wines, but go easy on the spirits, or you might end up under one of the wooden tables all too early. 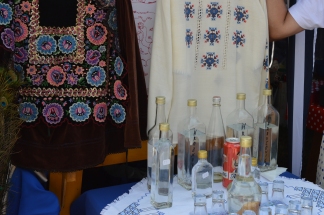 It surely is a good idea to alternate eating and drinking with a physical activity, like trying a traditional dance workshop. That will easily burn up extra calories, and help sweat the booze off your body & mind in no time. 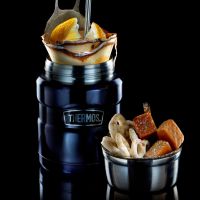 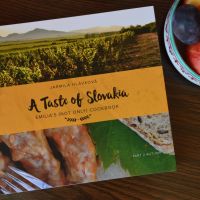