An Englishman living in Slovakia once asked me why Slovaks eat bottled fruit and vegetables in the winter when there is raw produce available in our shops all through the year.

True, we can now buy bell peppers, tomatoes, pears and grapes in December or January, but they are imported to Slovakia from the other side of the globe and, believe me, they don’t taste the same as the organic produce from your or your friend’s garden that you preserved in the summer.

It is therefore quite common to see Slovaks pickling cucumbers or bottling apricots in June and July. The local varieties of most fruit and vegetables differ from those imported from abroad, and when a large amount of quality produce is bestowed on you, you won’t let it go bad, will you?

When the pickling season in Slovakia starts at the turn of May and June, all shops fill up on Deko, Zelko, Zeko and Nakladač to provide pickle-zealous Slovaks with dry pickling mixes. These are made up of salt, ground black pepper, allspice, bay leaves and cloves, with added mustard seeds.

If you want to preserve your locally grown vegetables Slovak-style, and you don’t have any pickling mixes available in your country, you can make one from scratch, as in this recipe for pickled gherkins.

You are very likely to be left with a surplus of the pickling liquid. If that happens, let it cool down and pour in a clean, airtight container. Store in the fridge and use for another pickling session.

If, on the other hand, you have more vegetables than stated in the recipe, multiply the amounts of the other ingredients accordingly.

One thought on “Pickled Green Peppers” 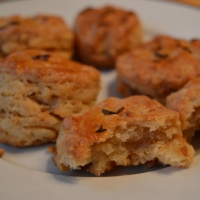 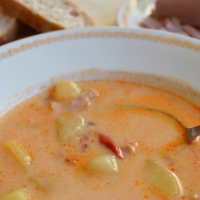