The Slovak word for Christmas has no mention of Christ in its name, although for many Slovaks it is a religious festival celebrating the birth of Jesus Christ. The Slovak Vianoce is similar to the Czech Vánoce, which is believed to have evolved from the German word Weihnachten, meaning ‘holy night’.

The face of our Vianoce has changed since the communist regime fell in the former Czechoslovakia. Before that, it was the Russian-style Dedo Mráz (Grandfather Frost) and his granddaughter Snehulienka (Snow Maiden) who would travel around Slovak schools and kindergartens to give away presents. In their homes though, Slovak children would still expect Ježiško (Baby Jesus) to leave them gifts under the Christmas tree.

Slovak Ježiško was legalized when the Communist Party had lost its political power and control over the media in November 1989. Our borders opened to the west again after 40 years, and we could go to see what lay behind the ‘iron curtain’. The small Austrian towns just across the border from Bratislava were the first to receive the rush of curious Slovak tourists.

The splendid Christmas markets in Vienna, which were so easy to reach by car or bus now, became a must-see attraction for travel deprived Slovaks. A few years later we saw the first Christmas market in the capital city of Bratislava, with other Slovak towns and villages following suit.

Most of our Christmas markets last during the entire season of Advent, which involves four Sundays before Christmas. Street stalls selling punch, mulled wine, mead and hot chocolate are getting very popular with tourists visiting Slovakia at this time of year.

Some stalls are rented by charity organization which use their takings to support the sick, disadvantaged or disabled. Others showcase the artwork of artisans selling painted ceramics, wooden toys, beautiful handmade embroidery or decorated gingerbread.

When you say Christmas in Slovakia, it also means ice-skating in the streets, even though temperatures may be above the freezing point. In some towns and cities they will lend you a pair of ice skates for a small fee.

Ideally, we’ll have some real snow on the streets and still more in the countryside for the Christmas atmosphere to be complete. That is what most Slovaks, and definitely all our children, wish for during the school holidays.

Veselé Vianoce or Merry Christmas to everyone!

9 thoughts on “When you say Christmas in Slovakia” 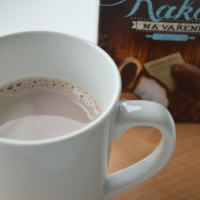