When I was doing research on lečo – a dish that landed in our cuisine while we were under Hungarian rule between 1000 and 1918 – I came across various recipes ranging from a meatless option to an eggy one to a letcho with a spicy, Hungarian-style sausage. What all these recipes had in common was green peppers, tomatoes and paprika.

To get a more authentic experience of letcho cooking, I went to see my cousin and her family in the south of Slovakia where there still live a few Slovak elders who speak a Hungarian dialect. It’s a warm region with fertile land abundant with grain, fruit and vegetables.

The best time to cook letcho is when people’s gardens are laden with succulent green peppers and juicy tomatoes at the end of August. As most dishes from southern Slovakia are strongly reminiscent of Hungarian cuisine, which heavily relies on meat, my cousin and I decided to make a letcho with piquant pork sausages.

When green peppers and tomatoes are as prolific as this summer, we often preserve letcho in bottles for the winter. It might sound strange to some, but no Slovak would ever attempt to make lečo from imported bell peppers and tomatoes our supermarkets sell in winter months. 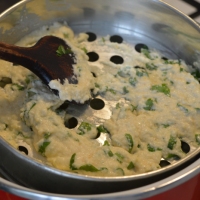 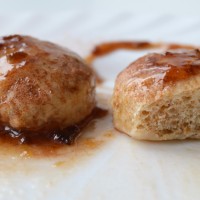 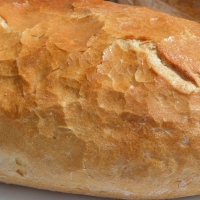